The Nozufoo, Yunshan's Society of Outcasts

When Yunshan was rebuilding itself after the Guided Rebellion, the Council of Final Reckoning had to decide what would be done with those who were once loyal to the Shin.  The following is a speech from that council, and sums up the choice they came to. 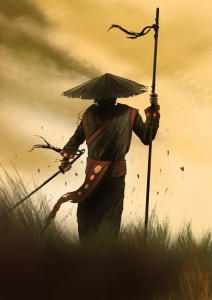 The Nozufoo are cast out into the wilderness to live and die on the outskirts of the clan lands.

Now there are many among you who cry out, master, how shall we deal with those families who bear the mark of dishonor?  I know that each clan has cast out many men for sins and actions against the clans.  These men have gone out onto the road and made their own clans.  They have mixed their blood with that of barbarians and worse.  They are no longer your people, yet they walk among your lands, and this concerns you. 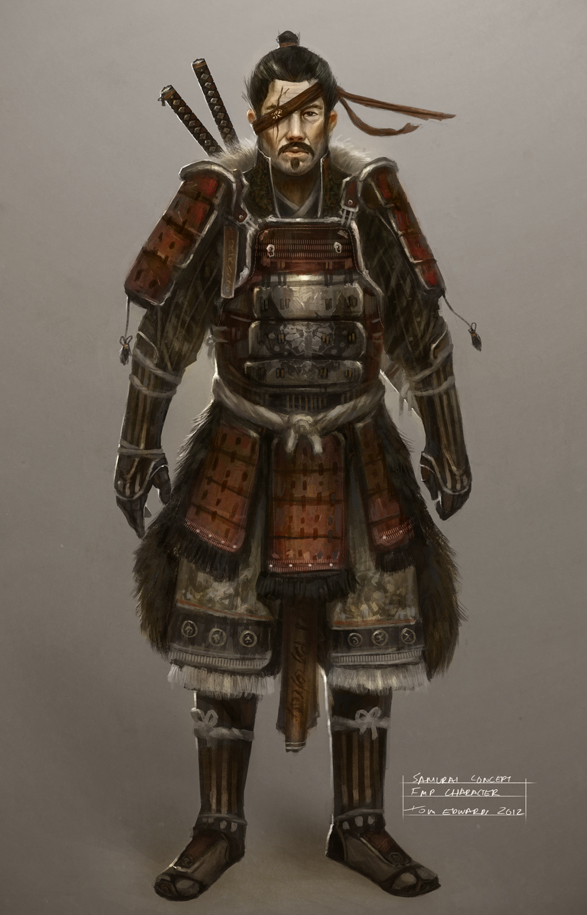 Some Nozufoo become wandering mercenaries, hiring themselves out as guards and watchmen.

Some say they should be brought to the slaughter in the name of purity.  Others say it is safer they should be driven from the lands. I say unto you, neither action is wise.  Let the roads between your villages be the home of the Nozufoo, as it always has.  Let them wander the paths between the towns, and settle the remote clearings of the mountains.  If the Nozufoo are gone from these lands, then to who among you shall fall the inglorious task of merchant and messenger?  Let the first man who cries out to banish the Nozufoo also offer his family to carry the clan’s goods to the next town!  Until you all would see your own sons and daughters fall to these lowly and dangerous tasks which the Nozufoo must endure, you must endure the Nozufoo!  This only makes sense.

Still, those called Nozufoo must be dealt with properly, or the curse that is in their family may stick to yours and cause one of your sons or daughters to do a thing which will make them outcast.  Here are the practical matters I suggest:

-A village should allow the Nozufoo only one night of rest when passing through.  They should leave before the following night.

-You should not touch a Nozufoo.

-There are many times when you must buy a thing from a Nozufoo.  You should have a priest say a blessing over the thing you buy before you take it into your house.

-There are times when you must speak to a Nozufoo.  After such speaking you should go into the shrine of your ancestors when possible and prey they sever any bad luck you have caught.

-If you must travel, and you cross paths with Nozufoo, it is wise to let them pass, and then take rest for an hour.  You must give the bad luck that trails behind time to blow off the road ahead of you.

-As for matters of custom, an honorable man will relate to the Nozufoo thus…

The Nozufoo should be treated with politeness, but are never owed respect.

The Nozufoo should be treated with humanity, but are never owed leniency.

The Nozufoo should be treated fairly, but are never owed favor.

So I say to you, honor demands you treat the Nozufoo with politeness, humanity, and fairness.  As for respect, leniency, and favor, it is left to each mans heart to give these things as he sees fit, or not at all.

The Serious and Open Hearted 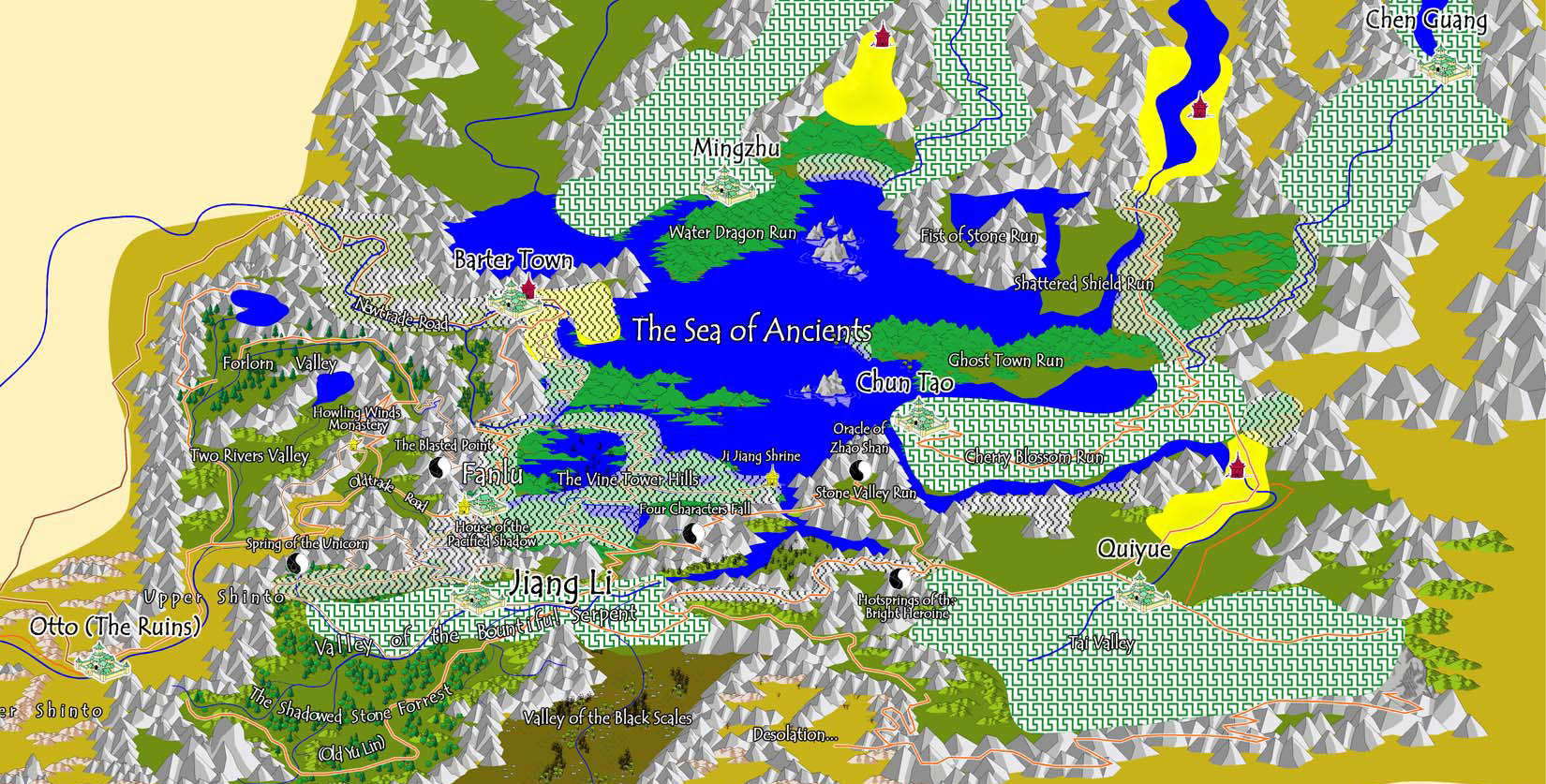 This map shows the six clan regions in green, the temple lands in yellow, and adds in Nozufoo areas in slightly transparent vertical zigzags. These are the “Troubled Lands” The Ten Order Dynasty Collectively decided to walk away from, dangerous places filled with bandits, monsters, and ruins better left unexplored. These areas are dotted with nozufoo villages, and nozufoo merchants and wanderers travel the roads there. These areas also tend to be scattered with old Shinto and Tein Ming ruins. Some have been cleared out and re-purposed as homes and settlements for various nozufoo clans, but most remain haunted and dangerous. It’s important to note Nozufoo do live other places, some in the deeper wilderness, and very many live most of their lives in the clan lands themselves(green areas), so these newly added grey regions are not meant to show a strict boundary, but rather to show the areas where most nozufoo that live beyond the clan lands make their homes.

After the Guided Rebellion, any family that had sided with the Shinto, or refused to rise up against them became 2nd class citizens.  Nozufoo means “Road People”, and refers to those who don’t have a home, or are not welcome.  This newly formed class of people were not allowed to own land in the Clan Lands, or even spend more than one night in the same place.  The people of the High Clans believed those who had sided with the Shinto were too greedy or untrustworthy to ever have a full place in Yunshan’s new society.  Many believed their bloodlines were somehow tainted, and that associating too closely with a Nozufoo could bring bad luck.

Those Nozufoo who stayed behind in the Clan Lands were treated with suspicion and superstition at best, and at worst became objects of ridicule and scorn.  They had no choice but to live like gypsies, traveling from settlement to settlement etching out a living any way they could.  The luckiest of the Nozu became merchants, moving goods and information between The High Clan lands.  In Yunshan culture, merchant has always been seen as a lowly profession only fit for someone who has failed to master a craft or excel at life.  It made sense for the Nozu to take up this lowly task, and in time, they banded together into small merchant clans, who became very important to the function of Yunshan’s High Clans, despite being seen as lowly and unlucky.

The most prideful, brave, and rebellious Nozu left the Clan Lands and moved into The Troubled Lands where they hoped to rebuild and make lives for themselves free of the shame and scorn the High Clans Had for them.    They kept their pride, but many lost their lives. Beyond the peaceful valleys and mountain glades of the High Clans, Yunshan is a dangerous place.  Just as the Clan Lands are watched over by kind and honorable spirits, the land beyond them is plagued by angry spirits and ruthless gangs of thugs.  Many of these Nozufoo exiles met terrible fates, or were forced to join the bandit clans that tormented them.  Some were able to build strong settlements that stand to this day, and some found opportunities in the lawless and budding Bartertown or more distant Otto.  Eventually, like their brothers who stayed behind in the Clan Lands, the luckiest among them formed merchant clans that would become the connection between Yunshan and the outside world. 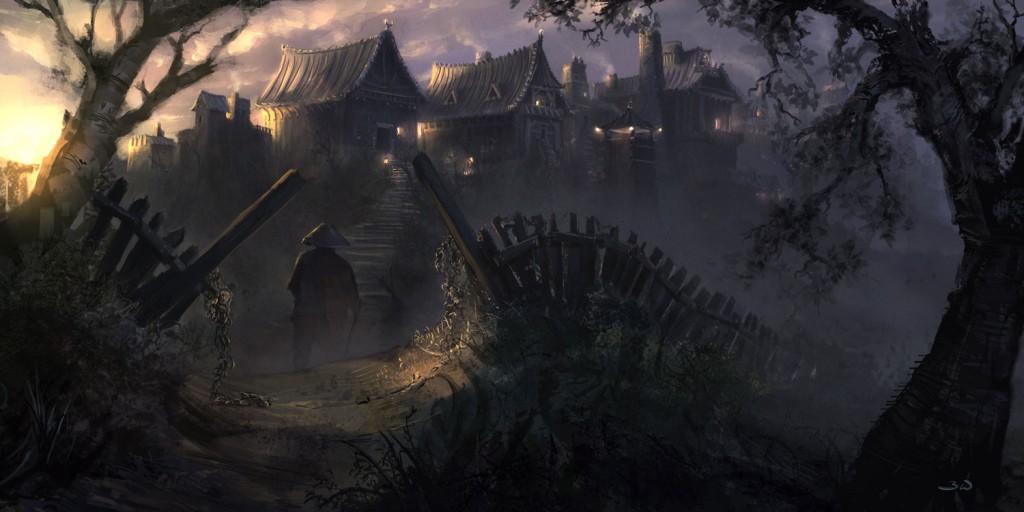 Many nozufoo make their homes in Bartertown, Fanlu, or remote villages such as this.

Many nozufoo seek out a living as traders. The Brotherhood of the Southern Route is one of the most famous and successful of the nozufoo merchant clans. 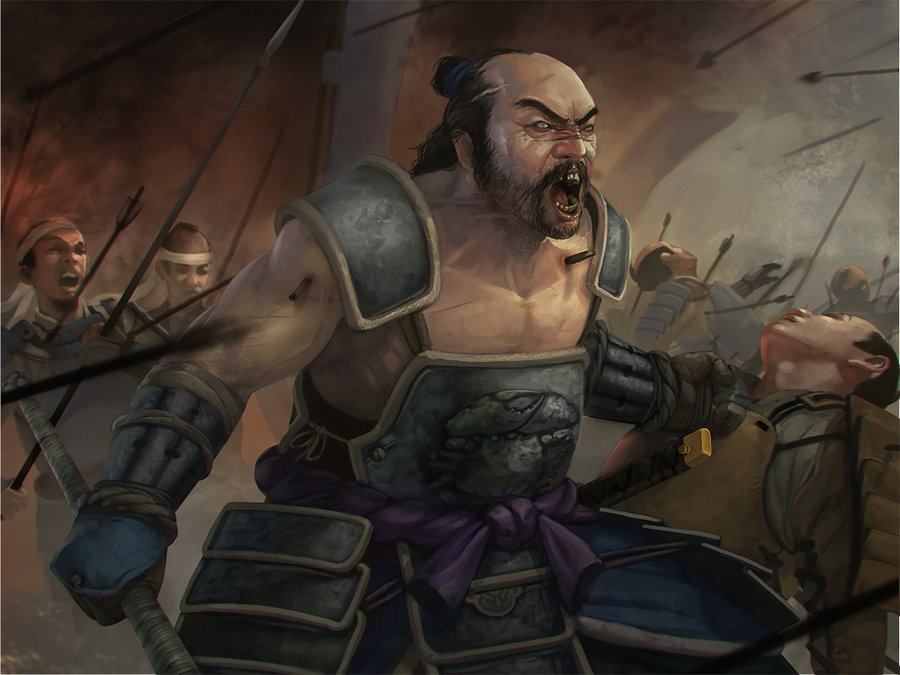 Many of Yunshan’s outcast peoples have formed into bandit clans. Under cruel sadistic warlords, they shelter in hidden mountain strongholds and ruins, making dark deals with darker spirits for protection. These bandit clans are constantly hunted by the warrior monks of the great temples, while constantly hunting the merchant clans of the open roads.

Beyond the peaceful valleys and mountain glades of the high clans, Yunshan’s wilderness is a dangerous place.  Just as the clan lands are watched over by kind and honorable spirits, the wilderness beyond them is plagued by angry spirits and ruthless gangs of thugs.  Mist people rarely venture more than a mile from their villages except on important missions, but the different towns must still trade and stay in contact with each other.

It’s the road people, particularly the merchant clans who make this happen.  Some of these merchants are based in Bartertown and have grown far wealthier than the clansmen who disowned them, an interesting twist of fate.  Not all nozufoo become merchants.  Some become wandering poets, mystics, musicians, thieves or bandits.  Some become body guards or miners in Bartertown.  Some do well, some even grow rich, and some barely get enough to eat.  It’s no surprise these outcasts have bound together into clans of their own, finding a way to belong in the world that disowned them.

In the past, nozu where scattered bands and individuals with little power, but their clans have grown numerous, large, and influential in the 200 years or so since the practice of exile came to be.  There are nearly as many nozufoo now as mist people.  They have built their own towns and outposts where their outcast status is more a forgotten tradition than a reality.  Some say Bartertown is now larger than Qui Yue, the largest clan city.